The CFOP method (Cross – F2L – OLL – PLL), sometimes known as the Fridrich method, is one of the most commonly used methods in speedsolving a 3×3×3 Rubik's Cube. This method was first developed in the early 1980s combining innovations by a number of speed cubers. Czech speedcuber and the namesake of the method Jessica Fridrich is generally credited for popularizing it by publishing it online in 1997. 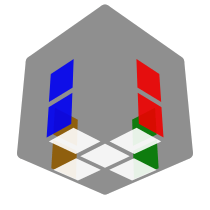 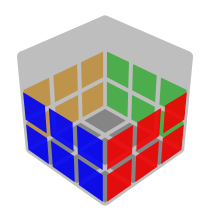 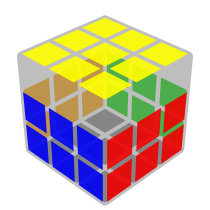 There also exist many advanced extension algsets to be used in companion to CFOP, such as COLL, Winter Variation, VLS, ZBLL, and more. However, it is not necessary to learn them in order to solve the cube.

CFOP is heavily used and relied upon by many speedcubers, including Max Park and Feliks Zemdegs, for its heavy reliance on algorithms, pattern recognition, and muscle memory, as opposed to more intuitive methods such as the Roux or Petrus methods. The majority of top speed cubers on the WCA ranking list are CFOP solvers, including the current 3x3x3 single world record holder (Yusheng Du (杜宇生)), with a time of 3.47 seconds.

All content from Kiddle encyclopedia articles (including the article images and facts) can be freely used under Attribution-ShareAlike license, unless stated otherwise. Cite this article:
CFOP method Facts for Kids. Kiddle Encyclopedia.