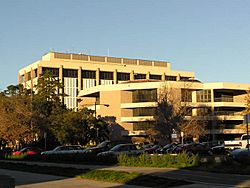 California Ethnic and Multicultural Archives (CEMA) is an archival institution that houses collections of primary source documents from the history of minority ethnic groups in California. The documents, which include manuscripts, slide photographs, newspaper clippings, works of art, journals, film, sound recordings, and other ephemera, are housed in the special collections department of the UCSB Libraries at the University of California, Santa Barbara, where they are made accessible to researchers upon request. An effort is currently underway to make certain documents available online through the Online Archive of California.

CEMA was founded in 1988 by Joseph A. Boissé and Salvador Güereña, both UCSB librarians. The library already had a substantial collection of primary and secondary-sources in the Colección Tloque Nahuaque, a library of Chicano studies materials, and the need for special resources to preserve and catalogue primary resources became apparent. The primary resources, which at that time consisted primarily of silkscreen posters from the Chicano art movement, were transferred from the ethnic and gender studies library to the department of special collections.

In 2001, CEMA was selected by the Online Archive of California, an internet resource, to supply digital images of Chicano art from its extensive photographic collections as part of California's contribution to the Congressionally-mandated American Memory project to preserve and increase the accessibility of documents from American history. Since that time, CEMA has provided over 7,000 digital images for the project.

CEMA's collections include the archives of artistic, political, and professional organizations, as well as the papers of individual artists, musicians, activists, and writers, many of whom were active in the Chicano, anti-war, and civil rights movements. Notable collections include:

All content from Kiddle encyclopedia articles (including the article images and facts) can be freely used under Attribution-ShareAlike license, unless stated otherwise. Cite this article:
California Ethnic and Multicultural Archives Facts for Kids. Kiddle Encyclopedia.