Camp Mowglis is a nonprofit residential camp founded in 1903, and one of the oldest summer camps in the United States. It is located in East Hebron, New Hampshire, on the shores of Newfound Lake and owned by the nonprofit Holt Elwell Memorial Foundation. Mowglis was created with encouragement from author Rudyard Kipling and incorporates themes from his Jungle Books. The camp grounds were listed on the National Register of Historic Places in 2019. 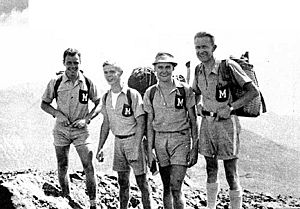 At the turn of the last century, Elizabeth Ford Holt, a reformer from Cambridge, Massachusetts, became interested in establishing summer camps to encourage character development in children. In 1900, she started a short-lived camp for girls, Redcroft, which historian Barksdale Maynard called "the first girls camp of significance." Three years later, Holt purchased the Barnard Farm on the shores of Newfound Lake and founded the Mowglis School of the Open. She contacted Rudyard Kipling while he was living at Naulakha in nearby Dummerston, Vermont, and received his permission to borrow names and themes from the Jungle Books.

Throughout their lives, Rudyard Kipling and his wife Carrie maintained an active interest in Camp Mowglis, which still carries on traditions that Kipling inspired—the camp's historic wooden buildings have names such as Akela, Toomai, Baloo, and Panther. The campers are referred to as "the Pack", from the youngest "Cubs" to the oldest campers living in "Den". Kipling instructed Mrs. Holt on how to pronounce Mowglis ("Mow" sounds like cow, and "glee"). In 1925, after the camp had been operating for two decades, Kipling wrote Mrs. Holt that "more than ever" he admired "the spirit that made so magnificent and helpful a work grow out of such a tiny little seed of a name." 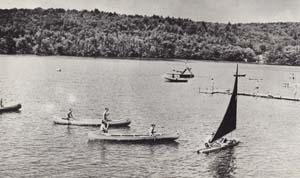 In 2012, Camp Director Sam Punderson retired, and the foundation hired Nick Robbins as the new director. A graduate of Colorado College, Robbins has been a year-round camp director for the last decade, is active with the American Camp Association and is a certified Outdoor Emergency Care Provider with the National Ski Patrol. 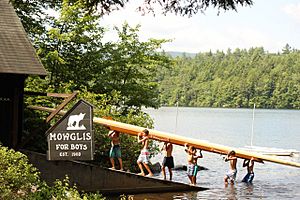 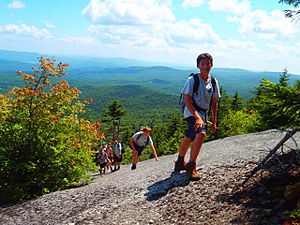 All content from Kiddle encyclopedia articles (including the article images and facts) can be freely used under Attribution-ShareAlike license, unless stated otherwise. Cite this article:
Camp Mowglis Facts for Kids. Kiddle Encyclopedia.