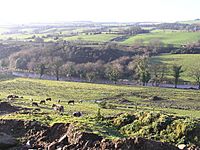 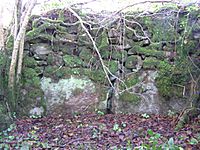 Carrigans is a townland in County Tyrone, Northern Ireland. It is situated in the historic barony of Strabane Upper and the civil parish of Cappagh and covers an area of 859 acres.

The name derives from the Irish: Carraigínidhe (small rocks).

All content from Kiddle encyclopedia articles (including the article images and facts) can be freely used under Attribution-ShareAlike license, unless stated otherwise. Cite this article:
Carrigans, County Tyrone Facts for Kids. Kiddle Encyclopedia.