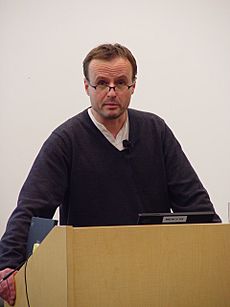 Cascading Style Sheets ('CSS) is a style sheet language used for describing the presentation of a document written in a markup language. Although most often used to set the visual style of web pages and user interfaces written in HTML and XHTML, the language can be applied to any XML document, including plain XML, SVG and XUL, and is applicable to rendering in speech, or on other media. Along with HTML and JavaScript, CSS is a cornerstone technology used by most websites to create visually engaging webpages, user interfaces for web applications, and user interfaces for many mobile applications.

CSS is designed primarily to enable the separation of document content from document presentation, including aspects such as the layout, colors, and fonts. This separation can improve content accessibility, provide more flexibility and control in the specification of presentation characteristics, enable multiple HTML pages to share formatting by specifying the relevant CSS in a separate .css file, and reduce complexity and repetition in the structural content.

Separation of formatting and content makes it possible to present the same markup page in different styles for different rendering methods, such as on-screen, in print, by voice (via speech-based browser or screen reader), and on Braille-based tactile devices. It can also display the web page differently depending on the screen size or viewing device. Readers can also specify a different style sheet, such as a CSS file stored on their own computer, to override the one the author specified.

Changes to the graphic design of a document (or hundreds of documents) can be applied quickly and easily, by editing a few lines in the CSS file they use, rather than by changing markup in the documents.

The CSS specification describes a priority scheme to determine which style rules apply if more than one rule matches against a particular element. In this so-called cascade, priorities (or weights) are calculated and assigned to rules, so that the results are predictable.

The CSS specifications are maintained by the World Wide Web Consortium (W3C). Internet media type (MIME type) text/css is registered for use with CSS by RFC 2318 (March 1998). The W3C operates a free CSS validation service for CSS documents.

CSS has a simple syntax and uses a number of English keywords to specify the names of various style properties.

Before CSS, nearly all presentational attributes of HTML documents were contained within the HTML markup. All font colors, background styles, element alignments, borders and sizes had to be explicitly described, often repeatedly, within the HTML. CSS lets authors move much of that information to another file, the style sheet, resulting in considerably simpler HTML.

For example, headings (h1 elements), sub-headings (h2), sub-sub-headings (h3), etc., are defined structurally using HTML. In print and on the screen, choice of font, size, color and emphasis for these elements is presentational.

Before CSS, document authors who wanted to assign such typographic characteristics to, say, all h2 headings had to repeat HTML presentational markup for each occurrence of that heading type. This made documents more complex, larger, and more error-prone and difficult to maintain. CSS allows the separation of presentation from structure. CSS can define color, font, text alignment, size, borders, spacing, layout and many other typographic characteristics, and can do so independently for on-screen and printed views. CSS also defines non-visual styles, such as reading speed and emphasis for aural text readers.

One of the goals of CSS is to allow users greater control over presentation. Someone who finds red italic headings difficult to read may apply a different style sheet. Depending on the browser and the web site, a user may choose from various style sheets provided by the designers, or may remove all added styles and view the site using the browser's default styling, or may override just the red italic heading style without altering other attributes.

To make all paragraphs on a page blue and sized 20% bigger than normal text, we would apply this CSS rule to a page:

All content from Kiddle encyclopedia articles (including the article images and facts) can be freely used under Attribution-ShareAlike license, unless stated otherwise. Cite this article:
Cascading Style Sheets Facts for Kids. Kiddle Encyclopedia.