Castleholme Homestead is a heritage-listed homestead at Bryden-Crossdale Road, Bryden, Somerset Region, Queensland, Australia. It was built from c. 1875 to the 1950s. It is also known as Conroy's Farm. It was added to the Queensland Heritage Register on 21 October 1992. 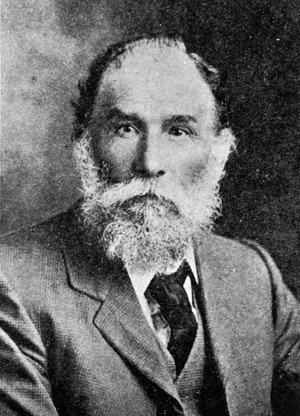 Castleholme was established in the 1870s, following Hugh Conroy's selection and purchase of the then 257-hectare (640-acre) property in 1875. By 1916 a small cedar dwelling at Castleholme had become a rambling, fourteen-roomed house with wide verandahs. By that time the grounds included flowerbeds, shrubs and shade trees, and substantial outbuildings, and the principal activity was dairying. Castleholme remained in the Conroy family until 1978 when it became part of the Wivenhoe Dam reclamation area. 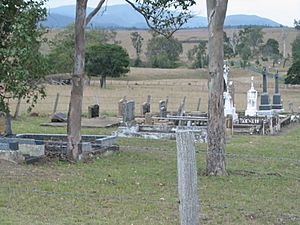 Castleholme consists of the remains of a homestead, slab barn, cottage, stables and associated farm buildings and stockyards with a number of mature trees. It is located in the Brisbane Valley on a northeastern slope, is visible from the Bryden-Crossdale Road and borders the Bryden Catholic Cemetery. The domestic structures are located in a group to the north with the outbuildings forming a southern boundary. Other structures include the remains of a timber laundry shed and a bakehouse, post and rail fencing, a calf pen and cow bails.

Castleholme Homestead was listed on the Queensland Heritage Register on 21 October 1992 having satisfied the following criteria.

Castleholme is important for its association with the closer settlement of the Bryden area, its development as a dairying district, and with the Conroy family in particular.

The place also has potential to reveal substrata evidence of the arrangement of a late 19th century dairy farm.

It survives as a good example of the arrangement of a working farm in southeast Queensland, demonstrating over a century an evolution in function, building type, technology and material.

Castleholme is significant also for the aesthetic quality of the group of timber buildings and grounds, and for its spatial association with the adjacent St Anne's graveyard.

Castleholme is significant for its historical association with the adjacent St Anne's graveyard.

All content from Kiddle encyclopedia articles (including the article images and facts) can be freely used under Attribution-ShareAlike license, unless stated otherwise. Cite this article:
Castleholme Homestead Facts for Kids. Kiddle Encyclopedia.