Tentacle of Illex illecebrosus with a distal tentacular club (right) 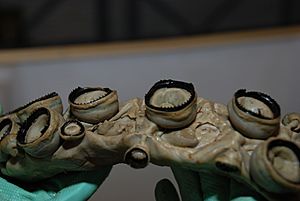 Serrated suckers of a giant squid 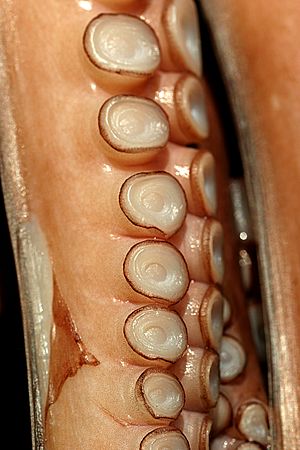 All cephalopods possess flexible limbs extending from their heads and surrounding their beaks. These appendages have been termed arms, legs or tentacles.

Both of these structures are thick muscles, and are covered with a chitinous cuticle to make a protective surface. Suckers are used for grasping plants, catching prey and for locomotion.

Cephalopod limbs and the suckers they bear are shaped in many distinctive ways, and vary considerably between species. 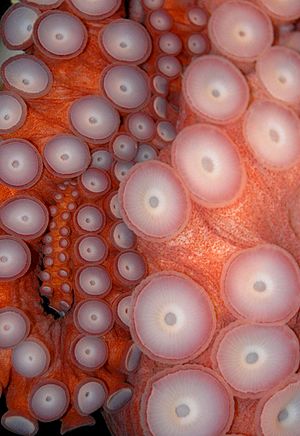 All content from Kiddle encyclopedia articles (including the article images and facts) can be freely used under Attribution-ShareAlike license, unless stated otherwise. Cite this article:
Cephalopod limb Facts for Kids. Kiddle Encyclopedia.