The Cherokee language (ᏣᎳᎩ ᎦᏬᏂᎯᏍᏗ, Tsalagi Gawonihisdi) is an endangered language spoken by the Cherokee people.

The Cherokee do not use the Latin alphabet (ABCs) like English does. Instead, they use their own alphabet, which looks a lot like the ABCs. Each letter represents a different syllable sound. This special alphabet was invented by a Cherokee man named Sequoyah.

Below is a chart of all the letters of the Cherokee alphabet and the sound each one makes. 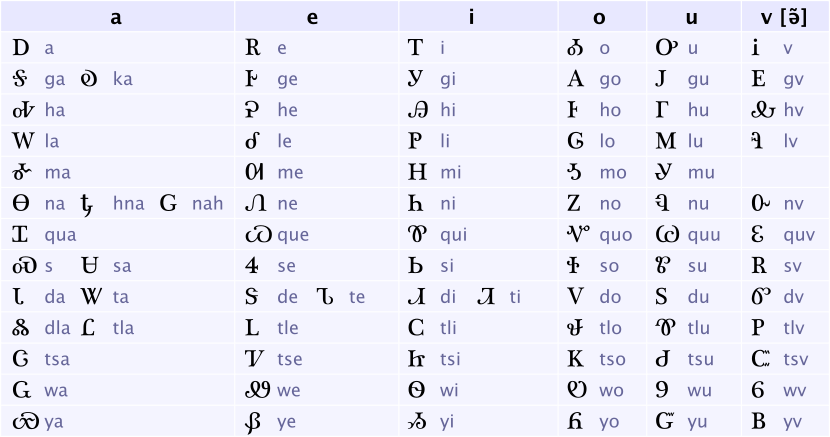 The Cherokee language uses many prefixes and suffixes.

All content from Kiddle encyclopedia articles (including the article images and facts) can be freely used under Attribution-ShareAlike license, unless stated otherwise. Cite this article:
Cherokee language Facts for Kids. Kiddle Encyclopedia.