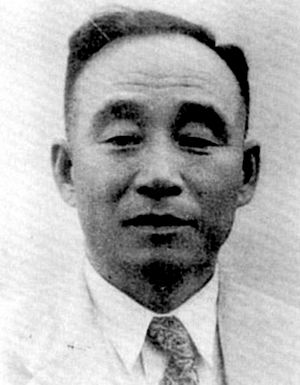 In this Korean name, the family name is Choi.

In the early North Korean government, Choi was Deputy Prime Minister from 1952 to 1956.

In a 1956-1957 purge, he was removed from government by forces led by Kim Il-sung. He was expelled from the Korean Workers' Party.

All content from Kiddle encyclopedia articles (including the article images and facts) can be freely used under Attribution-ShareAlike license, unless stated otherwise. Cite this article:
Choi Chang-ik Facts for Kids. Kiddle Encyclopedia.