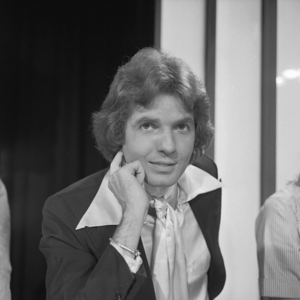 Chris Roberts (Christian Klusáček; March 13, 1946 – July 2, 2017) was a German Schlager singer and actor. He was married to the singer and actress Claudia Roberts. They often performed on stage together. He was born in Munich.

Roberts represented Luxembourg as a part of a sextet in the Eurovision Song Contest 1985 in which they sang "Children, Kinder, Enfants". They got 37 points and came 13th place overall.

All content from Kiddle encyclopedia articles (including the article images and facts) can be freely used under Attribution-ShareAlike license, unless stated otherwise. Cite this article:
Chris Roberts (singer) Facts for Kids. Kiddle Encyclopedia.