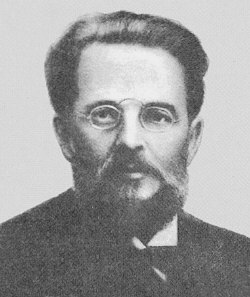 Rosdom was born in the village of Agulis in Goghtn, now part of the Nakhchivan Autonomous Republic. He graduated from the Professorial academy of Tiflis and also attended the University of Moscow, where he met Simon Vratsian, another co-founder of the Armenian Revolutionary Federation.

All content from Kiddle encyclopedia articles (including the article images and facts) can be freely used under Attribution-ShareAlike license, unless stated otherwise. Cite this article:
Christapor Mikaelian Facts for Kids. Kiddle Encyclopedia.