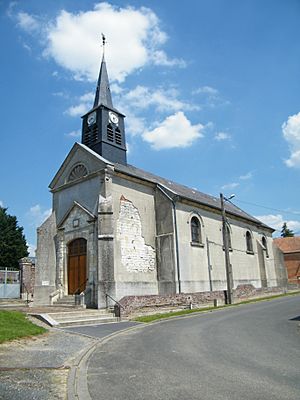 Chuignes is a commune. It is in the region Picardie in the Somme department in the north of France.

On August 23, 1918 a German marine canon weighing 600 tonnes, measuring 21 m and with a range of about 40 km was captured by Australian major general John Monash's troops during World War I: the Chuignes Big Bertha.. 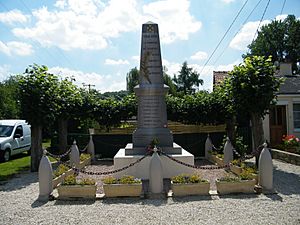 All content from Kiddle encyclopedia articles (including the article images and facts) can be freely used under Attribution-ShareAlike license, unless stated otherwise. Cite this article:
Chuignes Facts for Kids. Kiddle Encyclopedia.