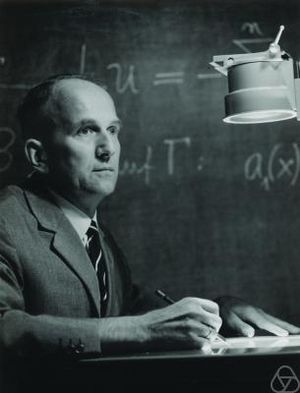 The Collatz conjecture is a conjecture (an idea which many people think is likely) in mathematics. It is named after Lothar Collatz. He first proposed it in 1937. It is about what happens when something is done repeatedly (over and over) starting at some number n:

The conjecture states that n will always reach one. Here is an example sequence:

All content from Kiddle encyclopedia articles (including the article images and facts) can be freely used under Attribution-ShareAlike license, unless stated otherwise. Cite this article:
Collatz conjecture Facts for Kids. Kiddle Encyclopedia.