Cominella virgata is a species of predatory sea snail, a marine gastropod mollusc in the family Buccinidae, the true whelks.

This marine species is endemic to New Zealand. 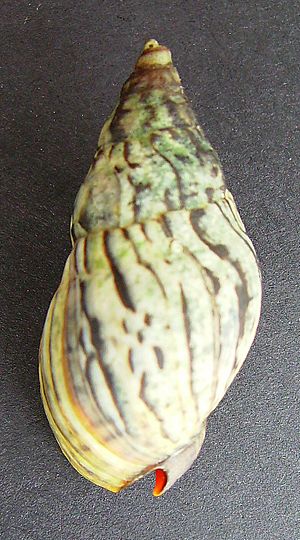 A subspecies, Cominella virgata brookesi Powell, 1952 was formerly recognized, but the taxon was demonstrated to be genetically indistinguishable from C. virgata virgata.

All content from Kiddle encyclopedia articles (including the article images and facts) can be freely used under Attribution-ShareAlike license, unless stated otherwise. Cite this article:
Cominella virgata Facts for Kids. Kiddle Encyclopedia.