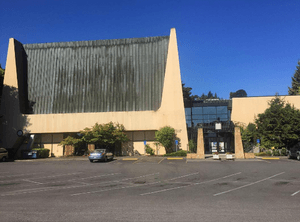 Shaarie Torah is a Conservative Jewish congregation and synagogue in Portland, Oregon, United States. The congregation was founded in 1858, while Oregon was still a territory, and built its first synagogue in 1859. 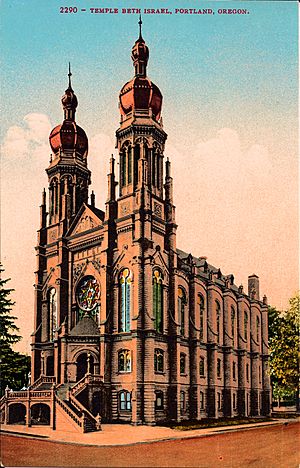 This early structure was replaced by an 1889 synagogue building, which was destroyed by fire in December 1923. is elsewhere described as a combination of eclectic and Gothic revival styles, with two towers topped by bulbous domes. The Oregonian newspaper in 1923 described its style as "semi-Gothic and Mooresque". It was located at S.W. 12th and Main streets in downtown Portland. Its two towers were 165 ft (50 m) tall, and the main interior space measured 82 by 56 feet (25 m × 17 m), and featured an arched ceiling 52 feet high.

It was replaced in 1928 by a notable Neo-Byzantine synagogue building at N.W. 19th and Flanders that continues to serve the congregation. It was listed as Temple Beth Israel on the National Register of Historic Places in 1979. It is considered one of the finest examples of Byzantine-style architecture on the west coast, and was inspired by the Alte Synagoge (Steelerstrasse Synagogue) in Essen, Germany. The interior of Steelerstrasse, the first modern synagogue in Germany, was praised as Germany's most beautiful; it was destroyed during Kristallnacht.

All content from Kiddle encyclopedia articles (including the article images and facts) can be freely used under Attribution-ShareAlike license, unless stated otherwise. Cite this article:
Congregation Shaarie Torah Facts for Kids. Kiddle Encyclopedia.