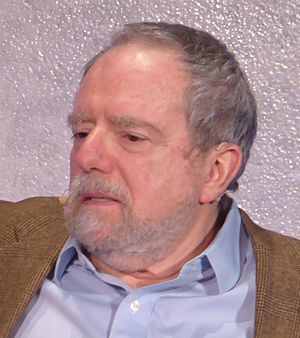 David Denby (born 1943) is an American journalist, critic, and historian who works with The New Yorker along with Anthony Lane. His career began in 1970s. He was influenced by critic Pauline Kael.

Denby was born in 1943 in New York City, New York. He studied at Columbia University and at Stanford University. He now lives in Manhattan, New York.

All content from Kiddle encyclopedia articles (including the article images and facts) can be freely used under Attribution-ShareAlike license, unless stated otherwise. Cite this article:
David Denby Facts for Kids. Kiddle Encyclopedia.