Joyce Carol Oates (born June 16, 1938) is an American writer. Oates published her first book in 1962 and has since published over 40 novels, as well as a number of plays and novellas, and many volumes of short stories, poetry, and nonfiction. She has won many awards for her writing, including the National Book Award, two O. Henry Awards, and the National Humanities Medal. Oates has taught at Princeton University since 1978 and is currently the Roger S. Berlind '52 Professor Emerita in the Humanities with the Program in Creative Writing.

Oates attended the same one-room school her mother attended as a child. She became interested in reading at an early age and remembers a gift of Lewis Carroll's Alice's Adventures in Wonderland (1865) as "the great treasure of my childhood, and the most profound literary influence of my life. This was love at first sight!"

In her early teens, she devoured the writing of Charlotte Brontë, Emily Brontë, Fyodor Dostoevsky, William Faulkner, Ernest Hemingway, and Henry David Thoreau. Oates began writing at the age of 14, when she was given a typewriter.

Oates later transferred to several bigger, suburban schools and graduated from Williamsville South High School in 1956, where she worked for her high school newspaper. She was the first in her family to complete high school. As a teen, Oates also received early recognition for her writing by winning a Scholastic Art and Writing Award. 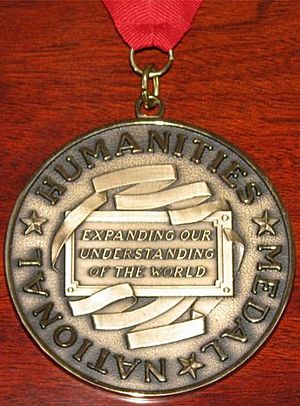 All content from Kiddle encyclopedia articles (including the article images and facts) can be freely used under Attribution-ShareAlike license, unless stated otherwise. Cite this article:
Joyce Carol Oates Facts for Kids. Kiddle Encyclopedia.