Professor (commonly abbreviated as Prof.) is an academic rank at universities and other post-secondary education and research institutions in most countries. Literally, professor derives from Latin as a "person who professes" being usually an expert in arts or sciences, a teacher of the highest rank.

In most systems of academic ranks the word "professor" only refers to the most senior academic position, sometimes informally known as "full professor". In some countries or institutions, the word "professor" is also used in titles of lower ranks such as associate professor and assistant professor; this is particularly the case in the United States, where the word professor is sometimes used colloquially to refer to anyone in an academic post. This colloquial usage would be considered incorrect among most other academic communities. However, the unqualified title Professor designated with a capital letter usually refers to a full professor also in English language usage.

Professors often conduct original research and commonly teach undergraduate, professional and postgraduate courses in their fields of expertise. In universities with graduate schools, professors may mentor and supervise graduate students conducting research for a thesis or dissertation. In many universities, 'full professors' take on senior managerial roles, leading departments, research teams and institutes, and filling roles such as president, principal or vice-chancellor. The role of professor may be more public facing than that of more junior staff, and professors are expected to be national or international leaders in their field of expertise. 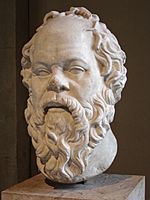 The Ancient Greek philosopher Socrates was one of the earliest recorded professors.

The term "professor" was first used in the late 14th century to mean "one who teaches a branch of knowledge". The word comes "...from Old French professeur (14c.) and directly from [the] Latin professor[, for] 'person who professes to be an expert in some art or science; teacher of highest rank'"; the Latin term came from the "...agent noun from profiteri 'lay claim to, declare openly'." As a title that is "prefixed to a name, it dates from 1706". The "[s]hort form prof is recorded from 1838". The term "professor" is also used with a different meaning: "[o]ne professing religion. This canting use of the word comes down from the Elizabethan period, but is obsolete in England."

A professor is an accomplished and recognized academic. In most Commonwealth nations, as well as northern Europe, the title professor is the highest academic rank at a university. In the United States and Canada, the title of professor applies to most post-doctoral academics, so a larger percentage are thus designated. In these areas, professors are scholars with doctorate degrees (typically Ph.D. degrees) or equivalent qualifications who teach in four-year colleges and universities. An emeritus professor is a title given to selected retired professors with whom the university wishes to continue to be associated due to their stature and ongoing research. Emeritus professors do not receive a salary, but they are often given office or lab space, and use of libraries, labs, and so on.

Beyond holding the proper academic title, universities in many countries also give notable artists, athletes and foreign dignitaries the title honorary professor, even if these persons do not have the academic qualifications typically necessary for professorship and they do not take up professorial duties. However, such "professors" usually do not undertake academic work for the granting institution. In general, the title of professor is strictly used for academic positions rather than for those holding it on honorary basis. 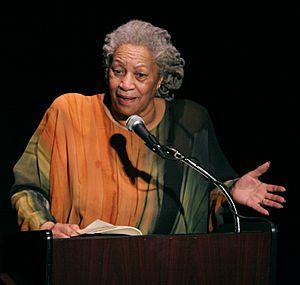 Professors are qualified experts in their field who generally perform some or all the following tasks:

Other roles of professorial tasks depend on the institution, its legacy, protocols, place (country), and time. For example, professors at research-oriented universities in North America and, generally, at European universities, are promoted primarily on the basis of research achievements and external grant-raising success.

All content from Kiddle encyclopedia articles (including the article images and facts) can be freely used under Attribution-ShareAlike license, unless stated otherwise. Cite this article:
Professor Facts for Kids. Kiddle Encyclopedia.