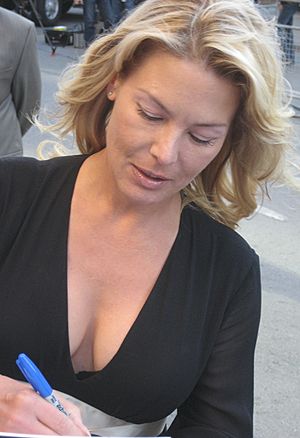 Deborah Kara Unger (born May 12) is a Canadian actress who has been mostly in independent movies. She acted as Catherine Ballard in the 1996 movie Crash and as Carol Lynn Johnson for the 2007 movie 88 Minutes. She was born in Vancouver, British Columbia. Some sources cite 1964 for her birth year, although other sources mention 1966.

All content from Kiddle encyclopedia articles (including the article images and facts) can be freely used under Attribution-ShareAlike license, unless stated otherwise. Cite this article:
Deborah Kara Unger Facts for Kids. Kiddle Encyclopedia.