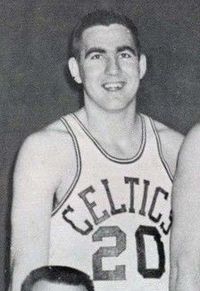 Ned Dixon "Dickie" Hemric (August 29, 1933 – August 3, 2017) was an American collegiate and professional basketball player. He was born in Jonesville, North Carolina. He played for the Boston Celtics during his entire career from 1955 through 1957.

All content from Kiddle encyclopedia articles (including the article images and facts) can be freely used under Attribution-ShareAlike license, unless stated otherwise. Cite this article:
Dickie Hemric Facts for Kids. Kiddle Encyclopedia.