Different Fur Studios (formerly Different Fur Trading Company) is a recording studio located in the Mission District area of San Francisco, California, at 3470 19th Street. Since 1968, Different Fur has recorded music from a wide range of artists, including major Grammy and Oscar-winning musicians as well as many important independent musicians. 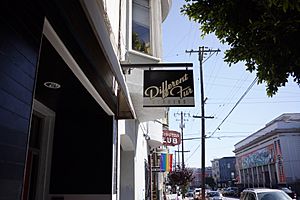 Location in the Mission District, San Francisco, next to The Lexington Club

Different Fur was founded in 1968 by the electronic music composer and keyboardist Patrick Gleeson and John Vieira. Its name was suggested by poet Michael McClure, while he was being recorded by Gleeson. By the early 1970s Gleeson was doing sessions with Jefferson Starship on his recently acquired 8-track recorder and Moog synthesizer. It was his expertise in early synthesizers, like the Moog, which eventually led Gleeson to collaborations with Herbie Hancock, whom Gleeson credits with helping Different Fur get off the ground. By 1971 Gleeson was working with Hancock on his albums Crossings and Sextant. He went on to record many of the synthesizers on Hancock's master work Head Hunters, as well as several solo albums at Different Fur. 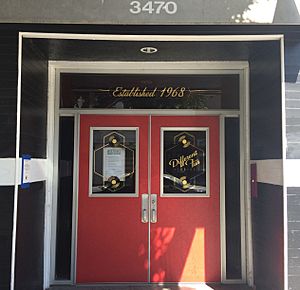 Gleeson eventually sold Different Fur in 1985. However, it remains an active recording studio to this day. The studio is currently owned by Engineer Patrick Brown.

In February 2009, the relatively unknown and very recently signed to Fat Possum band Wavves filmed a video with bloggers yourstru.ly. The project was a three-part live filming of the two-piece band playing some of the songs off their new EP including "So Bored." While the original videos only received modest views after release, they marked the beginning of an ongoing partnership between Different Fur engineers and YoursTruly video producers that have resulted in live sessions with The Morning Benders, Chromeo, Little Dragon, Big K.R.I.T., Toro Y Moi, P.O.S, Girls, Freddie Gibbs, etc.

Different Fur was featured in the SF Weekly Music section on June 15, 2011. The article focuses on work done with a number of local bands and artists.

All content from Kiddle encyclopedia articles (including the article images and facts) can be freely used under Attribution-ShareAlike license, unless stated otherwise. Cite this article:
Different Fur Facts for Kids. Kiddle Encyclopedia.