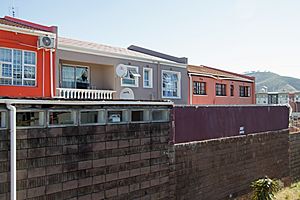 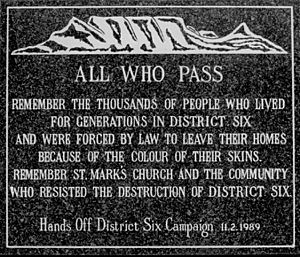 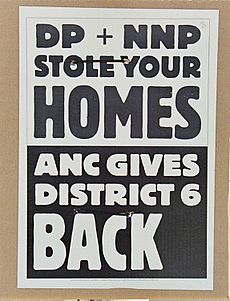 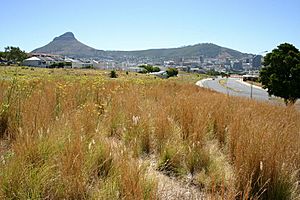 District Six (Afrikaans Distrik Ses) is a former inner-city residential area in Cape Town, South Africa. Over 60,000 of its inhabitants were forcibly removed during the 1970s by the apartheid regime.

The area of District Six is now partly divided between the suburbs of Walmer Estate, Zonnebloem, and Lower Vrede, while the rest is undeveloped land.

All content from Kiddle encyclopedia articles (including the article images and facts) can be freely used under Attribution-ShareAlike license, unless stated otherwise. Cite this article:
District Six Facts for Kids. Kiddle Encyclopedia.