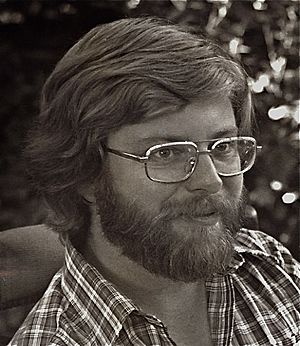 Douglas Blair "Doug" Peterson (1945 – June 26, 2017) was an American yacht designer. He began with the One Tonner Ganbare in 1973. Peterson's designs have pioneered many innovations in racing and cruising yachts. He was born in Los Angeles, California.

Peterson died on June 26, 2017 in San Diego, California after a long battle with colorectal cancer, aged 71.

All content from Kiddle encyclopedia articles (including the article images and facts) can be freely used under Attribution-ShareAlike license, unless stated otherwise. Cite this article:
Doug Peterson Facts for Kids. Kiddle Encyclopedia.