East Amherst is a suburban hamlet 16 miles (26 km) northeast of downtown Buffalo, Erie County, New York, United States. It straddles the towns of Amherst and Clarence, and comprises the majority of ZIP code 14051.

East Amherst is centered in an area originally known as "Transit Station", a name that has its origins in the railroad station of the New York Central "Peanut Line" that crossed Transit Road just north of Muegel Road. As its farmlands were developed into residential subdivisions, "East Amherst" began to emerge as the most frequently used name for the area. 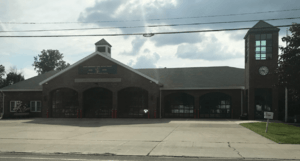 All content from Kiddle encyclopedia articles (including the article images and facts) can be freely used under Attribution-ShareAlike license, unless stated otherwise. Cite this article:
East Amherst, New York Facts for Kids. Kiddle Encyclopedia.