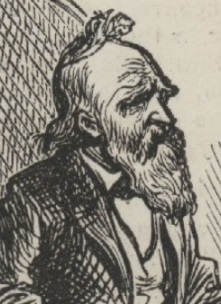 Born in Newcastle, Massachusetts (now in Maine), Flye attended the common schools as a child and attended Lincoln Academy. He engaged in mercantile pursuits and shipbuilding. He was a member of the Maine House of Representatives in 1858 and served as president of the First National Bank of Damariscotta, Maine for many years.

During the Civil War, Flye served as a paymaster with the rank of major in the Union Army. He was a delegate to the Republican National Convention in 1876 and was elected as a Republican to the United States House of Representatives to fill a vacancy the same year. He served until 1877. He was not a candidate for renomination in 1876, and, instead, he resumed shipbuilding and banking. Flye died while visiting the home of his daughter in Ashland, Kentucky on July 12, 1886. He was interred in Congregational Cemetery in Newcastle, Maine.

All content from Kiddle encyclopedia articles (including the article images and facts) can be freely used under Attribution-ShareAlike license, unless stated otherwise. Cite this article:
Edwin Flye Facts for Kids. Kiddle Encyclopedia.