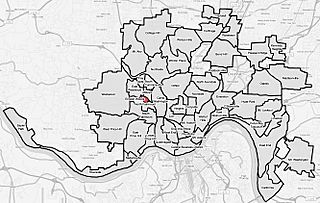 English Woods is a neighborhood of Cincinnati, Ohio.

English Woods is a neighborhood in Cincinnati, Ohio.

In 2005, the housing projects which occupied a large portion of the area of English Woods were largely demolished after renovation was calculated to be prohibitively expensive while local HUD, city leaders, and residents failed to come up with a workable redevelopment plan. The population was 405 at the 2010 census.

All content from Kiddle encyclopedia articles (including the article images and facts) can be freely used under Attribution-ShareAlike license, unless stated otherwise. Cite this article:
English Woods, Cincinnati Facts for Kids. Kiddle Encyclopedia.