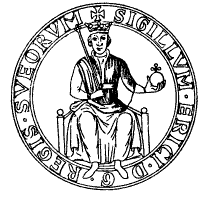 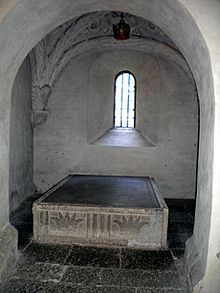 Erik was the son of King Knut Eriksson of Sweden, but his mother is now unknown. In 1205 he escaped from the Battle of Älgarås, where his three brothers were killed. He stayed for three years with family in Norway. He returned to Sweden in 1208 and defeated Sverker II of Sweden in the battle of Lena. He was married in 1210 to Rikissa of Denmark, the daughter of Valdemar I of Denmark and Sophia of Novgorod.

Eric was elected king, but the coronation took place only in November 1210, after the Battle of Gestilren where he again defeated and killed Sverker II. Sverker had attempted to regain the throne. King Erik's coronation is the earliest known coronation in Sweden. It was carried out by the bishop Valerius, a former supporter of King Sverker II.

In 1216, Pope Innocent III agreed that King Erik was King of Sweden, and also any other pagan lands he captured, probably Finland. Previously, Innocent III had supported Sverker II. Very little is known about King Erik's reign, but it is said that the crops were good while he was king.

Erik died of a fever in 1216 at Nas Castle in Visingsö. He is buried in the Varnhems Church.

All content from Kiddle encyclopedia articles (including the article images and facts) can be freely used under Attribution-ShareAlike license, unless stated otherwise. Cite this article:
Eric X of Sweden Facts for Kids. Kiddle Encyclopedia.