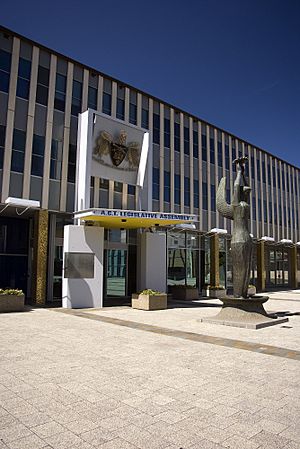 Ethos is a Greek word meaning "character" that is used to describe the guiding beliefs or ideals that characterize a community, nation, or ideology. The Greeks also used this word to refer to the power of music to influence emotions, behaviors, and even morals.

Ethos forms the root of ethikos (ἠθικός), meaning "moral, showing moral character". As an adjective in the neuter plural form ta ethika (τὰ ἠθικά), used for the study of morals, it is the origin of the modern English word ethics.

All content from Kiddle encyclopedia articles (including the article images and facts) can be freely used under Attribution-ShareAlike license, unless stated otherwise. Cite this article:
Ethos Facts for Kids. Kiddle Encyclopedia.