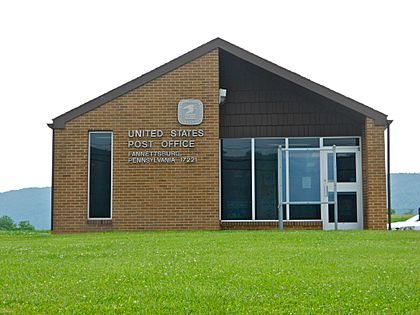 Fannettsburg is an unincorporated town in Metal Township, Franklin County, Pennsylvania, United States. Somewhat confusingly, it is located about 6 miles south of Fannett Township, although it was named for the township and was once part of it.

All content from Kiddle encyclopedia articles (including the article images and facts) can be freely used under Attribution-ShareAlike license, unless stated otherwise. Cite this article:
Fannettsburg, Pennsylvania Facts for Kids. Kiddle Encyclopedia.