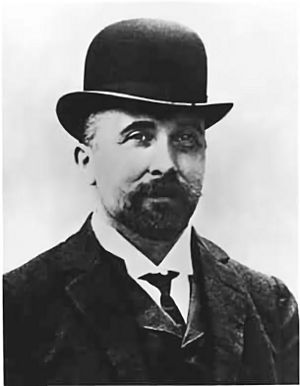 Felix Hoffmann was born on 21 January 1868 in Ludwigsburg, Germany.

He started studying chemistry at the Ludwig Maximilian University of Munich to study pharmacy and ended it in 1890. In 1891 he graduated from the University of Munich. Two years later he earned his doctorate . In 1894, he joined Bayer as a research chemist.

All content from Kiddle encyclopedia articles (including the article images and facts) can be freely used under Attribution-ShareAlike license, unless stated otherwise. Cite this article:
Felix Hoffmann Facts for Kids. Kiddle Encyclopedia.