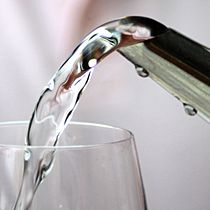 Fluoridation does not affect the appearance, taste or smell of drinking water.

Water fluoridation is the controlled addition of fluoride to a public water supply to reduce tooth decay. Fluoridated water contains fluoride at a level that is effective for preventing cavities; this can occur naturally or by adding fluoride. 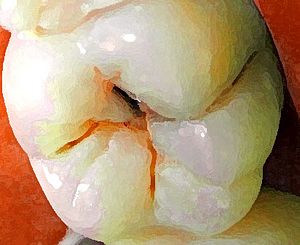 A cavity starts in a tooth's outer enamel and spreads to the dentin and pulp inside.

Fluoridated water operates on tooth surfaces: in the mouth, it creates low levels of fluoride in saliva, which reduces the rate at which tooth enamel demineralizes and increases the rate at which it remineralizes in the early stages of cavities. Typically a fluoridated compound is added to drinking water, a process that in the U.S. costs an average of about $0.92 per person-year.2018 Defluoridation is needed when the naturally occurring fluoride level exceeds recommended limits. In 2011 the World Health Organization suggested a level of fluoride from 0.5 to 1.5 mg/L (milligrams per litre), depending on climate, local environment, and other sources of fluoride. Bottled water typically has unknown fluoride levels.

Dental caries remains a major public health concern in most industrialized countries, affecting 60–90% of schoolchildren and the vast majority of adults. Water fluoridation reduces cavities in children, while the effect in adults is less clear.

Although fluoridation can cause dental fluorosis, which can alter the appearance of developing teeth or enamel fluorosis, the differences are mild and usually not considered to be of aesthetic or public health concern. There is no clear evidence of other adverse effects from water fluoridation.

Fluoride's effects depend on the total daily intake of fluoride from all sources. Drinking water is typically the largest source; other methods of fluoride therapy include fluoridation of toothpaste, salt, and milk. The views on the most efficient method for community prevention of tooth decay are mixed. The Australian government states that water fluoridation is the most effective way to achieve fluoride exposure that is community-wide. 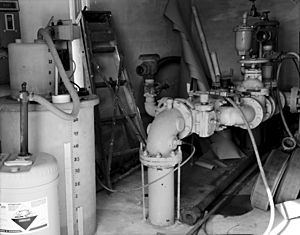 Despite this, the practice is controversial as a public health measure; some countries and communities have discontinued it, while others have expanded it. Opponents of the practice argue that neither the benefits nor the risks have been studied adequately, and debate the conflict between what might be considered mass medication and individual liberties.

All content from Kiddle encyclopedia articles (including the article images and facts) can be freely used under Attribution-ShareAlike license, unless stated otherwise. Cite this article:
Fluoridation Facts for Kids. Kiddle Encyclopedia.