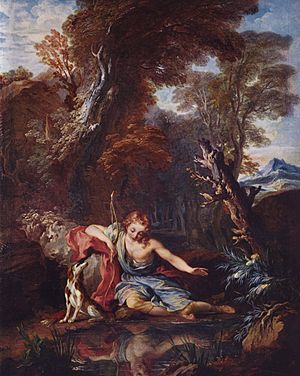 François Lemoyne or François Le Moine (1688 – 4 June 1737) was a French rococo painter. He became First Painter to the King and worked with other artists of the era. However, the excess of work, court intrigues at Versailles, and the death of his wife drove him to madness. After his death, the fashion of large allegorical ceilings disappeared.

All content from Kiddle encyclopedia articles (including the article images and facts) can be freely used under Attribution-ShareAlike license, unless stated otherwise. Cite this article:
François Lemoyne Facts for Kids. Kiddle Encyclopedia.