Thomas Grant Gustin (born January 14, 1990) is an American actor and singer. He is known for portraying the roles of Sebastian Smythe on Glee and Barry Allen/The Flash on The Flash.

He was born Norfolk, Virginia to his mother Tina Haney, a pediatric nurse. He attended the Governor's School for the Arts program in Norfolk for Musical Theatre. He has also been to Hurrah Players Incorporated and graduated from Granby High School. He would then go to the BFA Music Theatre Program at Elon University in North Carolina for two years.

From September 30, 2010 to September 23, 2011, Gustin played the role of Baby John in the Broadway Revival Tour of West Side Story. 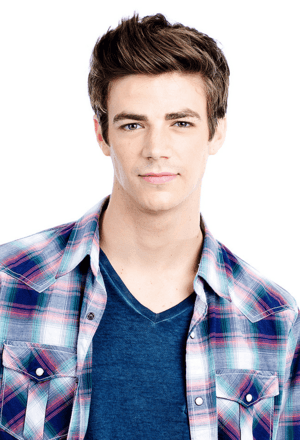 All content from Kiddle encyclopedia articles (including the article images and facts) can be freely used under Attribution-ShareAlike license, unless stated otherwise. Cite this article:
Grant Gustin Facts for Kids. Kiddle Encyclopedia.