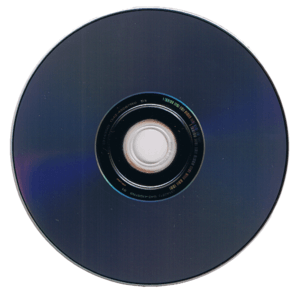 Reverse side of a HD DVD

HD DVD, also known as High-Definition DVD, is an optical disc that is able to store large amounts of data, such as high-definition videos. It was considered to be the successor of the DVD. It used to compete against the Blu-ray Disc, a similar version of an optical disc that is designed to hold large amounts of media, but all of the companies that backed it decided to only use Blu-ray discs, so the HD DVD format is now considered dead.

All content from Kiddle encyclopedia articles (including the article images and facts) can be freely used under Attribution-ShareAlike license, unless stated otherwise. Cite this article:
HD DVD Facts for Kids. Kiddle Encyclopedia.