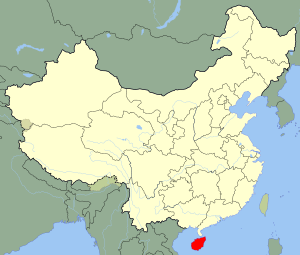 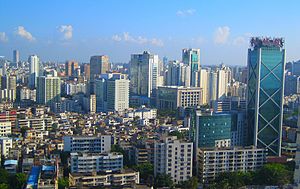 Hainan is the smallest and southernmost province of the People's Republic of China. The name "Hainan" also refers to Hainan Island, the main island of the province. The capital of the province is Haikou. Hainan is known for its tropical climate.

All content from Kiddle encyclopedia articles (including the article images and facts) can be freely used under Attribution-ShareAlike license, unless stated otherwise. Cite this article:
Hainan Facts for Kids. Kiddle Encyclopedia.