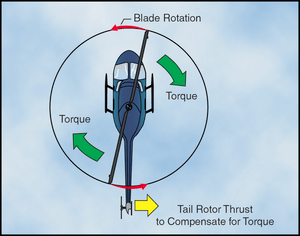 Before the development of powered helicopters in the mid 20th century, autogyro pioneer Juan de la Cierva researched and developed many of the basics of the rotor. Cierva is credited with successful development of multi-bladed, fully articulated rotor systems. This type of system is widely used today in many multi-bladed helicopters.

All content from Kiddle encyclopedia articles (including the article images and facts) can be freely used under Attribution-ShareAlike license, unless stated otherwise. Cite this article:
Helicopter rotor Facts for Kids. Kiddle Encyclopedia.