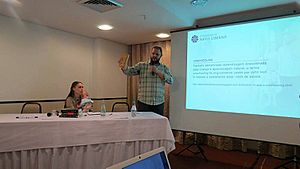 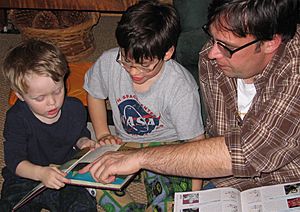 In some countries, such as the United Kingdom, any homeschool arrangement must by law satisfy inspectors that the children's education is sound. This is because, under the Education Act of 1944, parents or guardians are legally obliged to send children to school. The possibility of other methods has been added as a possibility, subject to certain checks.

A common situation is for several families to come together to provide the skills needed. This serves two purposes. First, the range of knowledge and skills is wider, and the schooling has a more social angle, which itself is good for the development of children.

The idea of home schools came to life in the 1960s, when the effectiveness of classroom education was challenged.

Some private schools try to achieve similar objectives by other means. Summerhill attempts to make a school more flexible and responsive to the needs of individual children.

Dangers of home education include the possibility of it being used for religious and political propaganda, and the vulnerability of children to unsupervised adults. Education may be uneven, leaving children with a patchy grasp of many subjects. The children would also get to know fewer other children than they would ordinarily. Also, it is obvious that some parents are better placed to organise home education than others.

In theory, visits by the inspectors of schools might be able to identify problems, However, at least in the United Kingdom, schools are not inspected every year.

All content from Kiddle encyclopedia articles (including the article images and facts) can be freely used under Attribution-ShareAlike license, unless stated otherwise. Cite this article:
Home education Facts for Kids. Kiddle Encyclopedia.