Kids Encyclopedia Facts
This page is about the company and drink. For the New Zealand racehorse, see Horlicks (horse). 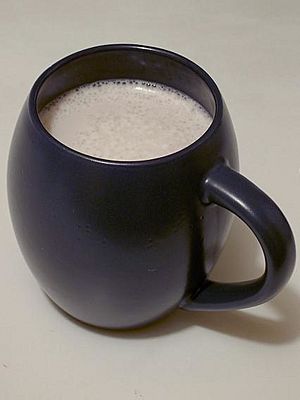 A mug of Horlicks

Horlicks is a sweet malted milk hot drink powder developed by founders James and William Horlick. It was first sold as "Horlick's Infant and Invalids Food," soon adding "aged and travellers" to their label. In the early 20th century, it was sold as a powdered meal replacement drink mix.

It was then marketed as a nutritional supplement and manufactured by GlaxoSmithKline (Consumer Healthcare) in the United Kingdom, Malaysia, Australia, New Zealand, Hong Kong, Bangladesh, India, Sri Lanka, and Jamaica. It was previously in Kenya in the 2010s but was discontinued due to low sales. It is now produced by the Anglo-Dutch company Unilever.

On 3 December 2018, Unilever announced they were buying Horlicks Indian business for US$3.8 billion. The Horlicks UK business had already been sold in 2017 to Aimia Foods, a UK-based subsidiary of Cott Corporation.

In Britain, Horlicks has been long associated with bedtime, however, it has been marketed as a breakfast drink in India.

The main ingredient in the United Kingdom formulation is a mixture of wheat flour and malted wheat (46%), followed by malted barley (26%). As of 2019, the other ingredients include dried whey, calcium carbonate, dried skimmed milk, sugar, palm oil, salt, Anti-Caking Agent (E551), and a mixture of vitamins and minerals. The palm oil used is non-hydrogenated and certified by the Roundtable on Sustainable Palm Oil. The formulation may vary slightly in different countries. For instance, the Indian formulation does not contain oil, but does contain soy protein isolate. 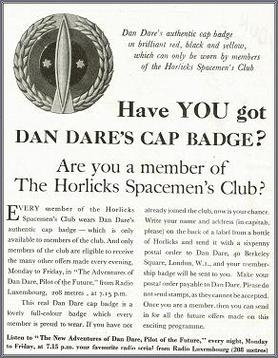 March 1952 ad for Horlicks in 208, the magazine of Radio Luxembourg

In 1961, Horlicks ran a television advertising campaign that featured Scottish entertainer Billy Raymond and an actress. The theme of the advert was "Horlicks – the food drink of the night." 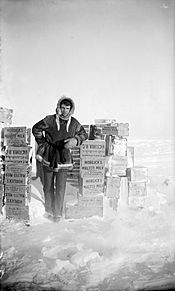 Horlicks came to India with the British Army; the end of World War I saw Indian soldiers of British Indian Army bringing it back with them as a dietary supplement. Punjab, Bengal and Madras Presidencies became early adopters of Horlicks and many well-to-do Indians took to drinking Horlicks as a family drink in early 1940s and 1950s. It became a sort of status symbol in upper middle class Indians and rich classes. The first flavour available in India, as in Britain, was malt.

India, where it has traditionally been marketed as The Great Family Nourisher, is the largest market for Horlicks. The Indian formulation for Horlicks is slightly different than in most other countries, as there it is manufactured from buffalo milk rather than cows milk. In 2003, the brand underwent a revamp which led to the introduction of new flavours such as vanilla, toffee, chocolate, honey, and elaichi (cardamom). The current line-up of flavours include original (malt), chocolate and elaichi. with the latest offering Horlicks Kesar Badaam added recently to the portfolio, providing a more specialized taste offering to the consumers.

In recent years, there has been an increase in the scope of the brand in India. By pushing it to newer segments of the market, Horlicks has become an umbrella brand for a wide variety of products ranging from the flagship malt drink to instant noodles, confectionery and breakfast cereal. Special formulations of the malted drink for young children (Junior Horlicks), breast-feeding mothers (Mother's Horlicks), women (Women's Horlicks) and adults (Lite Horlicks) exist. Horlicks biscuits were first launched in 1993, and an energy bar was launched in 2009, named Horlicks NutriBar. Also in late 2009, Foodles, a brand of instant noodles, was launched under the Horlicks umbrella. This was followed in 2011 by launches of Horlicks Gold, a premium variant of the malt drink (dubbed The Best Horlicks Ever), and Horlicks Oats, the first breakfast cereal product under the Horlicks brand.

23.06 billion (US$390 million) revenue of GlaxoSmithKline in India. It is currently the most widely consumed packaged beverage in India, after bottled water.

The biggest branding event is Horlicks Wizkids. This event started its way in 2003 and till now has reached approximately 25 million children in all India as well as in Sri Lanka, Nepal and Bangladesh.

Ahaar Abhiyan is a Horlicks initiative to increase malnutrition-related awareness amongst mothers, families and communities. With the sale of every bottle of Horlicks, the company contributes Re 1 towards the initiative. The campaign attempts to raise awareness about proper nutrition amongst mothers of children aged between 3 and 6 years.

Horlicks Wizkids is an interschool cultural and literary competition for children from class 1 to 12. The competition attracts students from India, Sri Lanka, Nepal and Bangladesh. With more than 30 events in the field of arts, literature, painting and extra-curricular activities, Horlicks Wizkids is South Asia's largest interschool fiesta giving children an opportunity to showcase their talent on a global platform.

The 2013 Edition of Horlicks Wizkids South Asia was held in Bangalore. It consisted of five days of rigorous training sessions, talent rounds, project presentations and other fun, learning and recreational activities. More than 100,000 students from over 1200 schools participated. Five students from Vizag, Jaipur, Delhi, Hyderabad and Bhubaneshwar earned the title of the Horlicks WizTeam 2013. The winners got an opportunity to go for a learning program to Germany and a cash award of Rs. 100,000 each.

In Hong Kong, Horlicks is known better as a café drink than as a sleeping aid. It is served at cha chaan tengs as well as fast-food shops such as Café de Coral, Fairwood and Maxim's Express. It can be served hot or cold, and is usually sweetened with sugar. It is made with warm milk, and ice is added to it if a cold drink is desired.

In some Southeast Asian countries, such as the Philippines and Malaysia, Horlicks was also sold as milky-chocolate-flavoured discs in paper packets, which were then eaten as candy. Horlicks remains popular in Malaysia and Singapore where it packed under licence from SmithKline Beecham and sold in large glass and tin containers. It is also available in 1.5 kg refill packs. "Taller, stronger, sharper" is its slogan.

Besides its use as a hot drink prepared with hot milk, Horlicks is also a popular ingredient in "honey and Horlicks" milkshakes in South Africa.

GlaxoSmithKline attempted a rebrand of the product in 2004 for younger consumers by redesigning the packaging and publicising its consumption at a number of trendy London venues such as the Groucho Club.

The company also owned Horlicks Farms and Dairies, a cheese, dairy and cattle breeding station at "Hort Bridge", Ilminster, Somerset. In 1958 it took over the Cheddar Valley Dairy, and by the early 1960s had retail rounds, depots, and shops at Burnham, Cheddar, Clevedon, Glastonbury, Nailsea, Taunton, and Weston-super-Mare. 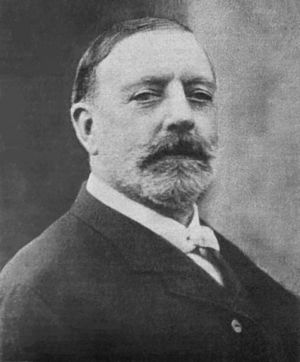 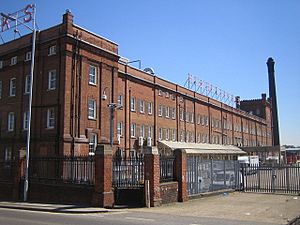 The Horlicks factory in Slough is a local landmark. This building has since been renovated and restored for use as residences in the "Horlicks Quarter" housing development.

All content from Kiddle encyclopedia articles (including the article images and facts) can be freely used under Attribution-ShareAlike license, unless stated otherwise. Cite this article:
Horlicks Facts for Kids. Kiddle Encyclopedia.