House of Este facts for kids 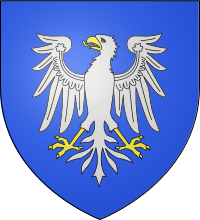 The House of Este has a long history. The earliest known ancestor is Albert of Este, who died in 938. He was the Count of Este and Marquis of Tuscany. His great-grandson Albert Azzo II, Margrave of Milan is considered the founder of the House of Este.

All content from Kiddle encyclopedia articles (including the article images and facts) can be freely used under Attribution-ShareAlike license, unless stated otherwise. Cite this article:
House of Este Facts for Kids. Kiddle Encyclopedia.