How Hill facts for kids 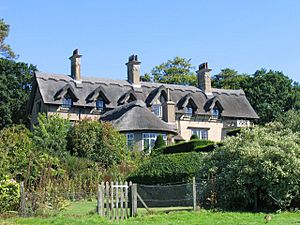 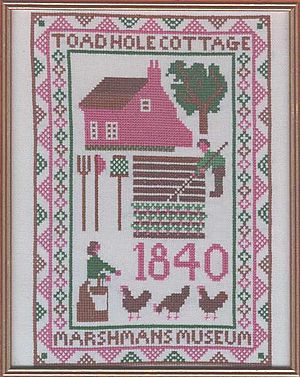 How Hill lies on the River Ant within The Broads National Park in Ludham, Norfolk, England.

It was the family home of Christopher Boardman who competed in the 1936 Summer Olympics, winning gold in sailing. As gold medallist he was presented with an oak sapling which he planted at How Hill. His younger brother, Humphrey, rowed in the double scull event at the 1928 Olympic games and won double gold at the 1930 British Empire Games. Their father, Edward Thomas Boardman, was a Norwich architect, as was, their grandfather Edward Boardman. Their mother, Florence, was a daughter of J J Colman of the Colman's Mustard family.

How Hill House is located within the grounds of the Broads National Park and houses the Norfolk Broads Study Centre, an independent charitable organisation which runs residential environmental courses for groups of schoolchildren. The How Hill Nature Reserve is administered by the Broads Authority. The "Electric Eel" is an electric passenger boat on which visitors can take a trip through the maze of reed-fringed dykes, normally not accessible to the public.

Boardman's Windmill is a trestle or skeleton windpump, and Clayrack Drainage Mill is similar, only smaller. Just south of How Hill is Turf Fen windpump.

All content from Kiddle encyclopedia articles (including the article images and facts) can be freely used under Attribution-ShareAlike license, unless stated otherwise. Cite this article:
How Hill Facts for Kids. Kiddle Encyclopedia.