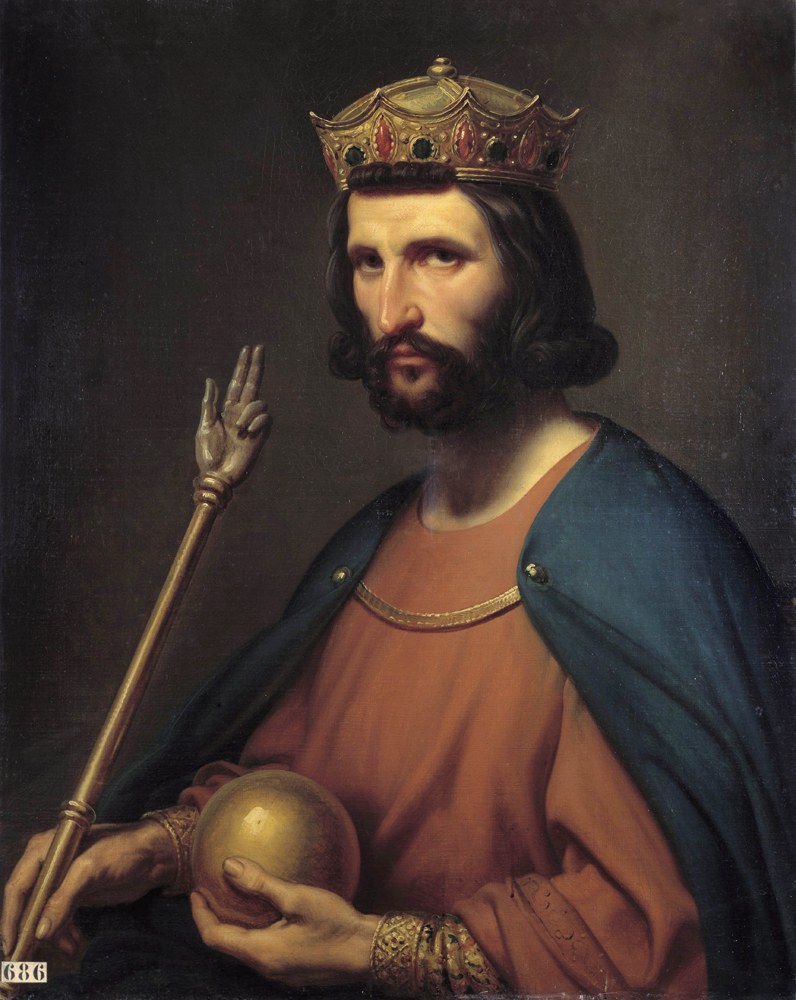 An artist's depiction of Hugh Capet

Hugh was born in the winter of 941 and was the son of Hugh the Great and Hedwige of Saxony. His grandfather was King Robert I. His grandmother was Beatrice of Vermandois. She was a Carolingian; a daughter of Herbert I of Vermandois. By this connection he was the fifth great-grandson of Charlemagne through Pepin of Italy.

While still a young man Hugh got the nickname "capet" from the cape he wore. These were tokens of the lay abbacies he held.

Elected king of the Franks

When King Louis V died with no heir Adalbero of Reims made a plea for electing Hugh Capet. He proposed the throne was not a hereditary right but that the king should be the best man for the job. The assembly at Senlis agreed and elected Hugh King of the Franks.

Capet is buried in the Saint Denis Basilica.

All content from Kiddle encyclopedia articles (including the article images and facts) can be freely used under Attribution-ShareAlike license, unless stated otherwise. Cite this article:
Hugh Capet of France Facts for Kids. Kiddle Encyclopedia.