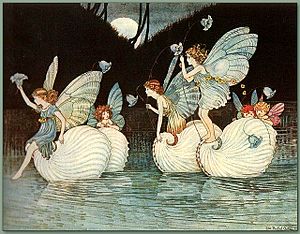 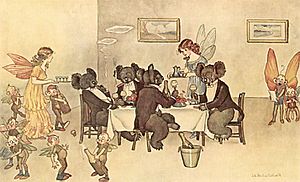 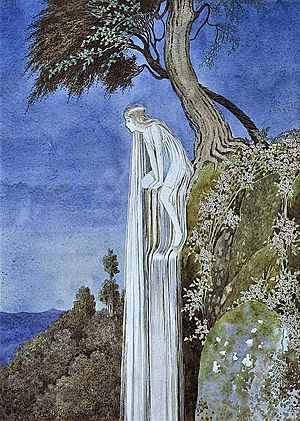 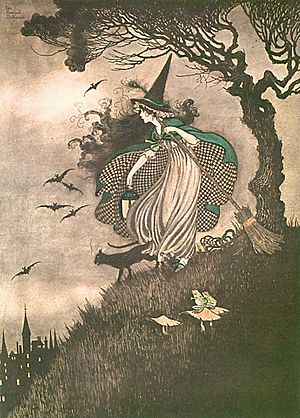 Ida was born in Carlton, Victoria, the youngest child of four and second daughter of the Rev. John Laurence Rentoul, an Irish-born Presbyterian minister and academic, and his wife Annie Isobel (née Rattray). At the time of her birth Outhwaite's father was a professor at Ormond College, University of Melbourne, and later moderator-general of his church between 1912 and 1914. When World War I broke out, he became chaplain-general of the First Australian Imperial Force.

Outhwaite was educated at Presbyterian Ladies' College, Melbourne. After she married Arthur Grenbry Outhwaite on 8 December 1909 was generally known as Ida Rentoul Outhwaite. Before this she had variously signed her work I.S.R. and at some point changed this to I.R.O. She also occasionally used I.S.R.O. and full spellings rather than abbreviations.

Outhwaite worked predominantly with pen and ink, and watercolour.

Outhwaite's first illustration was published by New Idea magazine in 1904 when she was just 15 years of age – it accompanied a story written by her older sister, Anne Rattray Rentoul. In the years that followed, the sisters collaborated on a number of stories. Following her marriage to Grenbry Outhwaite in 1909, she also collaborated with her husband – most notably for The Enchanted Forest (1921), The Little Fairy Sister (1923) and Fairyland (1926). In a number of cases, her children – Robert, Anne, Wendy and William – served as models for her illustrations. She inspired a number of artists including Edith Alsop, Ethel Spowers and Ethel Jackson Morris.

Her illustrations were exhibited throughout Australia, as well as in London and Paris between 1907 and 1933. She died in Australia at Caulfield, Victoria.

Publications carrying her illustrations include:

Her works were also published in periodicals and newspapers such as The New Idea, The Native Companion, Australia Today and the British-Australasian.

Her work is depicted in four stained glass windows in an adjoining hall at St Mark's Anglican Church in Fitzroy, Victoria.

In 1985 she was honoured on a postage stamp, depicting an illustration from Elves and Fairies, issued by Australia Post.

All content from Kiddle encyclopedia articles (including the article images and facts) can be freely used under Attribution-ShareAlike license, unless stated otherwise. Cite this article:
Ida Rentoul Outhwaite Facts for Kids. Kiddle Encyclopedia.