An intersection is where two or more roads come together. Intersections are also known as junctions. At an intersection, there can be stop signs on one or both sides of the intersection. There can also be a stop light.

There are two major types of intersections. 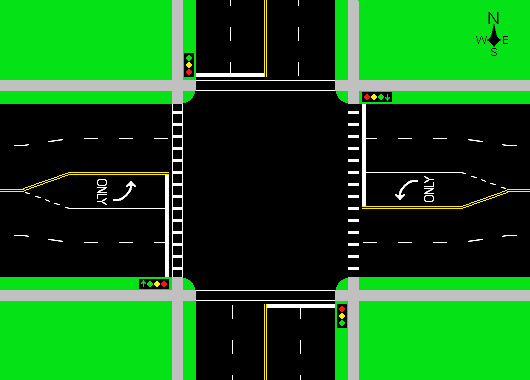 Picture of a four-way street intersection as seen from above. Several kinds of crosswalks are shown in this picture.

All content from Kiddle encyclopedia articles (including the article images and facts) can be freely used under Attribution-ShareAlike license, unless stated otherwise. Cite this article:
Intersection Facts for Kids. Kiddle Encyclopedia.