He is a graduate of Argyle Secondary School in North Vancouver. He has a twin sister, Justine Priestley, and two step-siblings, Karin and Kristi. He became a naturalized American citizen in 2007. 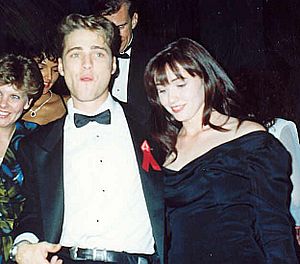 Priestley first started his television career doing commercials for companies such as Fletcher's Meats. In 1990, Priestley was chosen as Brandon Walsh on the hit series Beverly Hills, 90210. The show garnered worldwide fame and made Priestley a teen idol, he was nominated for two Golden Globes for his work on the show. He also directed fifteen of the show's episodes. He remained on the show until 1998, when Brandon moved to Washington, DC. Brandon was the last Walsh to leave the show; however, Priestley would continue to serve as an executive producer until the show ended in 2000. 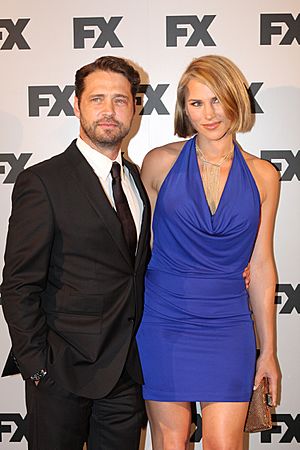 In 1998, Priestley "crashed his Porsche into a telephone pole in Hollywood Hills. [He] was arrested for driving while under the influence. His driver's license was suspended for a year and he had to complete an alcohol-management program."

On July 9, 2007, he revealed on Late Night with Conan O'Brien that he had become an American citizen several weeks earlier.

Priestley's sister, Justine, is also an actress, and appeared in a couple of episodes on the 90210 spin-off Melrose Place in 1996.

In 2013, restaurant chain Tim Hortons created a new donut in Priestley's honor, entitled "The Priestley". It was not rolled out on a nationwide scale, however.

On May 6, 2014, HarperOne published his autobiography, Jason Priestley: A Memoir. 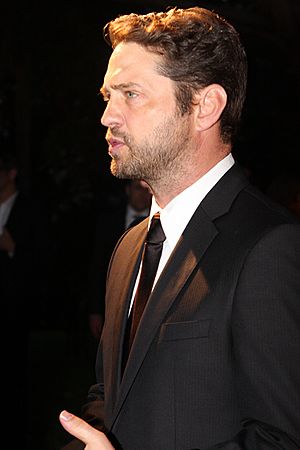 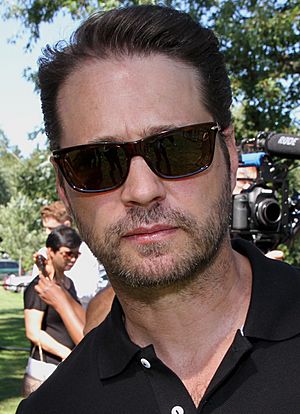 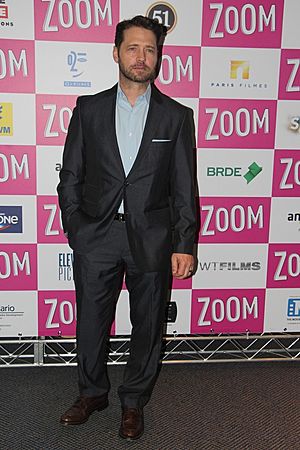 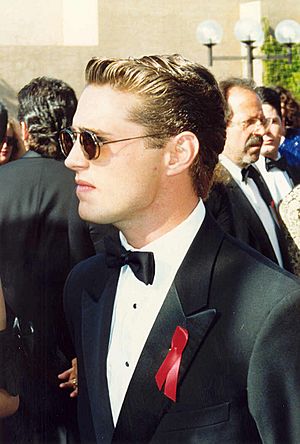 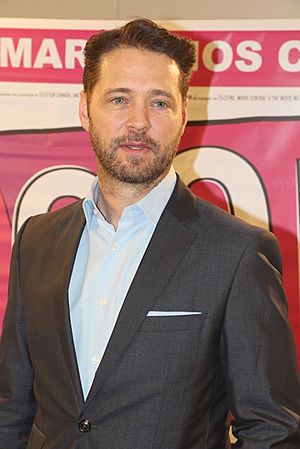 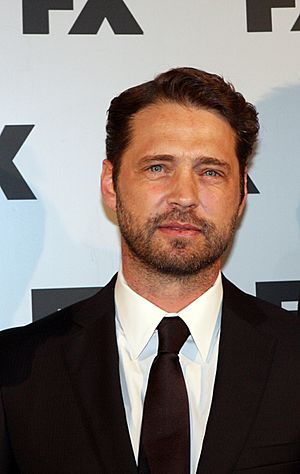 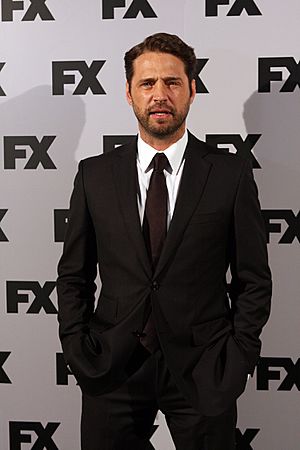 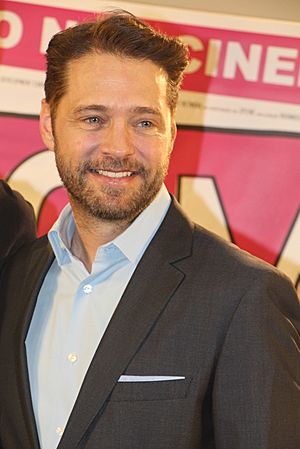 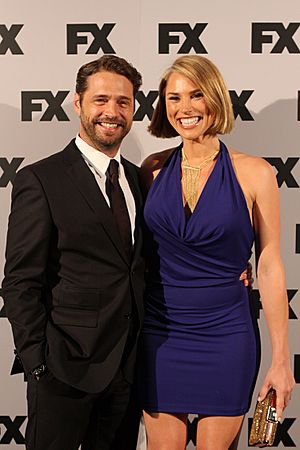 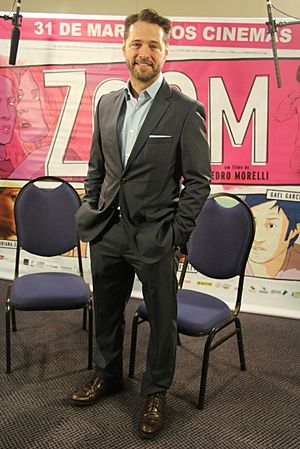 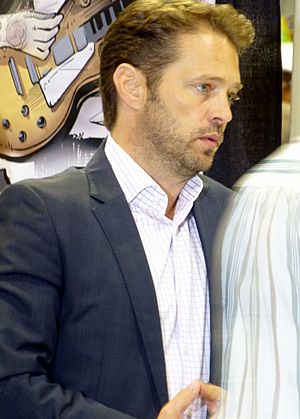 All content from Kiddle encyclopedia articles (including the article images and facts) can be freely used under Attribution-ShareAlike license, unless stated otherwise. Cite this article:
Jason Priestley Facts for Kids. Kiddle Encyclopedia.