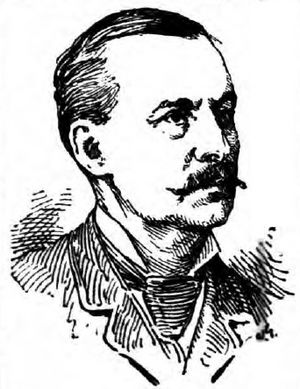 John C. Babcock (September 6, 1836 – November 20, 1908) was a founding father of American amateur rowing and an important member of the secret service for the Union Army during the Civil War.

Babcock was born in Warwick, Rhode Island, and his family moved to Chicago In 1855. Babcock worked for one of the largest architectural firms in Chicago, and he contributed to the designs of numerous Athenian mansions on the Millionaire's Row along Michigan Avenue. 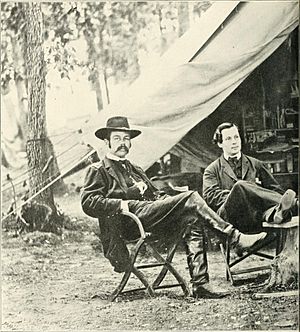 Babcock served the entire Civil War. Initially, Babcock volunteered for the Sturgis Rifles as an enlisted soldier in 1861, but he soon was offered a civilian position to be a principal scout for the Army of the Potomac. Babcock became a skilled interrogator of captured Confederates. In 1862, Babcock worked as a Confederate order-of-battle expert with the Topographical Department under Allan Pinkerton and made maps for General George B. McClellan. In one of his reports, Babcock's estimate of enemy forces was off by less than one percent. Early in 1863, Babcock joined the Bureau of Military Information under Colonel George H. Sharpe to gather intelligence. While in this secret service, Babcock provided detailed maps for aeronaut Thaddeus S. C. Lowe, who made frequent balloon flights to obtain tactical intelligence. In 1863, Babcock discovered Robert E. Lee's forward movement, which helped end the Battle of Gettysburg. At the Battle of Appomattox Court House in 1865, Babcock found General Lee under an apple tree and facilitated the surrender of the Confederate States Army. Even though he was a civilian, Babcock was unofficially called "Captain Babcock" and then later "Colonel Babcock".

Babcock was a rowing innovator and one of the most active people in the rowing community during his lifetime. In 1857, he and his friend William Buckingham Curtis organized the Metropolitan Rowing Club of Chicago, which was the first amateur rowing and racing club in the West. In the summer of 1857, Babcock invented the tracked sliding seat for his sculling boat and perfected it by 1870. In 1859, he and Curtis won every rowing event in the annual games at the Chicago Caledonian Club. During the winter of 1869/1870, Babcock created the first indoor rowing machine. In 1872, Babcock wrote the bylaws and helped create the National Association of Amateur Oarsmen (NAAO). He was the first President of the NAAO, which later became the United States Rowing Association (USRowing). With Harry Buermeyer and Curtis, Babcock helped found the New York Athletic Club (NYAC) in 1868. Babcock was the first elected Vice-President of the NYAC, where he encouraged the separation of amateur and professional athletics.

All content from Kiddle encyclopedia articles (including the article images and facts) can be freely used under Attribution-ShareAlike license, unless stated otherwise. Cite this article:
John C. Babcock Facts for Kids. Kiddle Encyclopedia.