John Surtees, CBE (11 February 1934 – 10 March 2017) was an English Grand Prix motorcycle road racer and Formula One driver. He was a four-time 500cc motorcycle World Champion – winning that title in 1956, 1958, 1959 and 1960 – the Formula One World Champion in 1964, and remains the only person to have won World Championships on both two and four wheels. He founded the Surtees Racing Organisation team that competed as a constructor in Formula One, Formula 2 and Formula 5000 from 1970 to 1978. He was also the ambassador of the Racing Steps Foundation. 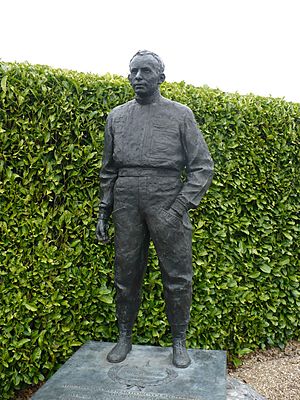 Surtees was the son of a south London motorcycle dealer. His father Jack Surtees was an accomplished grasstrack competitor and in 1948 was the South Eastern Centre Sidecar Champion. He had his first professional outing, which they won, in the sidecar of his father's Vincent at the age of 14. However, when race officials discovered Surtees's age, they were disqualified. He entered his first race at 15 in a grasstrack competition. In 1950, at the age of 16, he went to work for the Vincent factory as an apprentice.

He first gained prominence in 1951 when he gave Norton star Geoff Duke a strong challenge in an ACU race at the Thruxton Circuit.

In 1955, Norton race chief Joe Craig gave Surtees his first factory sponsored ride aboard the Nortons. He finished the year by beating reigning world champion Duke at Silverstone and then at Brands Hatch. However, with Norton in financial trouble and uncertain about their racing plans, Surtees accepted an offer to race for the MV Agusta factory racing team, where he soon earned the nickname figlio del vento (son of the wind).

When Gilera and Moto Guzzi withdrew from Grand Prix racing at the end of 1957, Surtees and MV Agusta went on to dominate the competition in the two larger displacement classes. In 1958, 1959 and 1960, he won 32 out of 39 races and became the first man to win the Senior TT at the Isle of Man TT three years in succession. 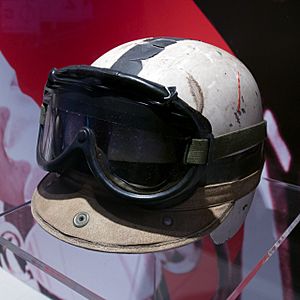 In 1960, at the age of 26, Surtees switched from motorcycles to cars full-time, making his Formula 1 debut racing in the 1960 BRDC International Trophy at Silverstone for Team Lotus. He made an immediate impact with a second-place finish in only his second Formula One World Championship race, at the 1960 British Grand Prix, and a pole position at his third, the 1960 Portuguese Grand Prix. After spending the 1961 season with the Yeoman Credit Racing Team driving a Cooper T53 "Lowline" managed by Reg Parnell and the 1962 season with the Bowmaker Racing Team, still managed by Reg Parnell but now in the V8 Lola Mk4, he moved to Scuderia Ferrari in 1963 and won the World Championship for the Italian team in 1964.

The 1966 season saw the introduction of new, larger 3-litre engines to Formula One. Surtees's debut with Ferrari's new F1 car was at the 1966 BRDC International Trophy at Silverstone, where he qualified and finished a close second behind Jack Brabham's 3-litre Brabham BT19. A few weeks later, Surtees led the Monaco Grand Prix, pulling away from Jackie Stewart's 2-litre BRM on the straights, before the engine failed. A fortnight later Surtees survived the first lap rainstorm which eliminated half the field and won the Belgian Grand Prix.

Surtees competed with a T70 in the inaugural 1966 Can-Am season, winning three races of six to become champion over other winners.

In December 1966, Surtees signed for Honda. After a promising third place in the first race in South Africa, the Honda RA273 hit a series of mechanical problems. The car was replaced by the Honda RA300 for the Italian Grand Prix, where Surtees slipstreamed Jack Brabham to take Honda's second F1 victory by 0.2 seconds. Surtees finished fourth in the 1967 Drivers' Championship.

In 1970, Surtees formed his own race team, the Surtees Racing Organisation, and spent nine seasons competing in Formula 5000, Formula 2 and Formula 1 as a constructor. He retired from competitive driving in 1972. The team was finally disbanded at the end of 1978. 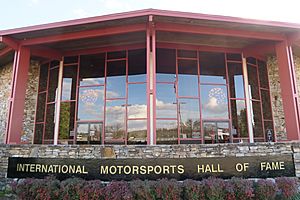 For a while in the 1970s Surtees ran a motorcycle shop in West Wickham, Kent, and a Honda car dealership in Edenbridge, Kent. He continued his involvement in motorcycling, participating in classic events with bikes from his stable of vintage racing machines. He also remained involved in single-seater racing cars and held the position of chairman of A1 Team Great Britain, in the A1 Grand Prix racing series from 2005 to 2007. His son, Henry Surtees, competed in the FIA Formula 2 Championship, Formula Renault UK Championship and the Formula BMW UK championship for Carlin Motorsport, before he died while racing in the Formula 2 championship at Brands Hatch on 19 July 2009.

In 2013 he was awarded the 2012 Segrave Trophy in recognition of multiple world championships, and being the only person to win world titles on 2 and 4 wheels.

In 2015, he was awarded the honorary degree of Doctor of Engineering by Oxford Brookes University.

Surtees married twice, first to Patricia Burke in 1962; the couple divorced in 1979. His second wife was Jane Sparrow, whom he married in 1987, and with whom he had three children, Leonora, Edwina and Henry.

Surtees died of respiratory failure on 10 March 2017 at St George's Hospital in London, at the age of 83. He was buried, next to his son Henry, at St. Peter and St. Paul's Church in Lingfield, Surrey.

All content from Kiddle encyclopedia articles (including the article images and facts) can be freely used under Attribution-ShareAlike license, unless stated otherwise. Cite this article:
John Surtees Facts for Kids. Kiddle Encyclopedia.