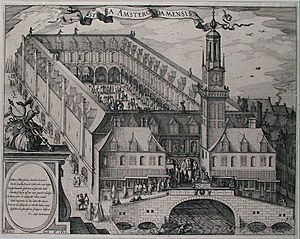 A joint stock company is a type of business partnership in which the capital is formed by the individual contributions of a group of shareholders. Certificates of ownership or stocks are issued by the company in return for each contribution, and the shareholders are free to transfer their ownership interest at any time by selling their stock-holding to others.

Ownership of stock comes with a number of privileges. The company is managed on behalf of the shareholders by an elected Board of Directors. The share owner may attend an annual general meeting, and vote for directors and sometimes the principal officers. The shareholders receive an annual report. Other important decisions can be put to them. There are other meetings, which may be called by the Board or the shareholders themselves.

Of course, individual shareholders can sometimes stand for directorships within the company, should a vacancy occur, but this is unusual. Ordinary shares entitle the owner to a share in the company's net profit.

The Dutch started joint stock companies. In 1602, the Dutch East India Company issued the first shares on the Amsterdam Stock Exchange. It was the first company to issue stocks and bonds.

It also made it affordable to support early colonists in America. Jamestown, for instance, was financed by the Virginia Company. It is because of Joint stock companies that the colonization and settlement of America were made possible.

The first joint-stock companies to be implemented in the Americas were The London Company and The Plymouth Company. While traditional joint stock companies still exist in some areas, they are generally considered an unattractive option to alternative methods. Joint stock companies have recently been used in some fraudulent schemes.

All content from Kiddle encyclopedia articles (including the article images and facts) can be freely used under Attribution-ShareAlike license, unless stated otherwise. Cite this article:
Joint-stock company Facts for Kids. Kiddle Encyclopedia.