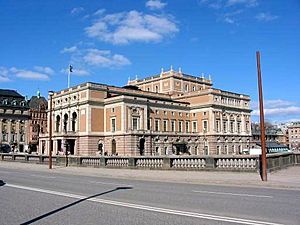 Karolina was a student at the Royal Swedish Opera

Karolina Bock came to belong to the elite of Swedish actors generation. She was not regarded suitable for heroine parts, which where often the women main roles of the plays of the epoch, but established herself well already in her youth in the roles of old women in comedies. On 26 June 1863, Bock retired after having made her final performance in her favorite part, the grandmother in Porträttet. 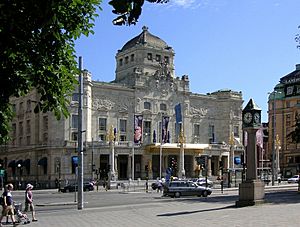 She was an elite actress of the Royal Dramatic Theatre - Stockholm. Sweden

Karolina Bock was given the Litteris et Artibus by the king in 1857, in recognition of her dramatic career. 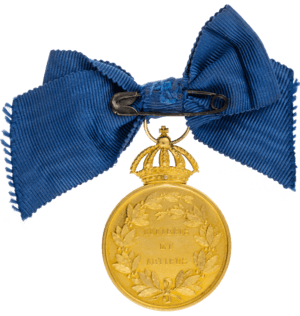 Karolina Bock was the principal and drama teacher of the Dramatens elevskola twice: from 1831 to 1834 and from 1841 to 1856. She also served as instructor there.

Several generations of Swedish actors were shaped by Bock. She was known for her skill at giving instruction in the correct distinction of the language in both song and speech. Furthermore, though Karolina Bock was described as an excellent teacher, she was also described as one who forced a more strict discipline upon her students.

Karolina Bock was married twice. In 1813, she married Johan Gabriel Svanberg violinist at the royal chapel, from whom she divorced in 1822, assuming the name Mrs Richter. In 1826 she married Carl Friedrich Bock, who played the flute in the royal chapel. She was the mother of Bertha Tammelin, who became an actor, singer, composer, musician and a teacher at Dramatens elevskola. Karolina Bock was revarded with the medal Litteris et Artibus in 1857.

All content from Kiddle encyclopedia articles (including the article images and facts) can be freely used under Attribution-ShareAlike license, unless stated otherwise. Cite this article:
Karolina Bock Facts for Kids. Kiddle Encyclopedia.