The Kasai River (called Cassai in Angola) is a tributary (left side) of the Congo River, located in Central Africa. The river begins in central Angola and flows to the east until it reaches the border between Angola and the Democratic Republic of the Congo (DRC), where it turns north and serves as the border until it flows into the DRC. From Ilebo, between the confluences with Lulua river and Sankuru river, the Kasai river turns to a westerly direction.

The lower stretch of the river from the confluence with Fimi river, is known as the Kwa(h) River, before it joins the Congo at Kwamouth northeast of Kinshasa. The Kasai basin consists mainly of equatorial rainforest areas, which provide an agricultural land in a region noted for its infertile, sandy soil. It is a tributary of Congo river and diamonds are found in this river. Around 60% of diamonds in Belgium come from Kasai river for cutting and shaping. 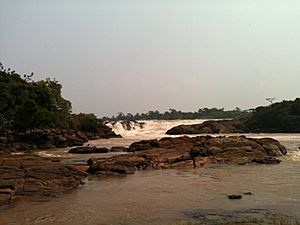 The tributaries of River Kasai are clear of obstacles, making them very navigable. They facilitate the transport sector and form an important trade route. The river’s role in transport and trade was more prominent during the pre-colonial period when slave trade was legal. Slave traders used one of its major tributaries, the Kwango River, to navigate the equatorial rain forest, capture slaves and find their way back to the Atlantic Ocean where they had docked their ships. 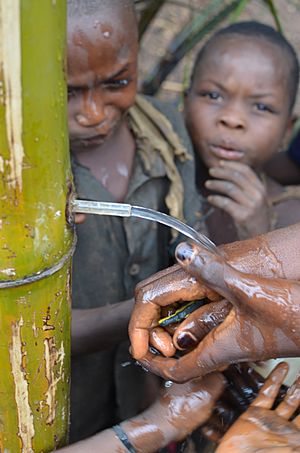 It is greatly controversial that some of the local kingdoms that lived along the Kasai River supported slave trade. The Rund kingdom for instance, readily provided slaves for most notorious slave traders like John Matthews, a renowned British slave vendor. These activities, though they occurred between 18th and 19th centuries, left a lasting impact in the regions where they were most prominent, like between Kwango and Kwilu rivers. The population has never recovered fully, with the population density lower than that of areas that did not experience slave trade.

The most probable trigger to British and Portuguese great interests in the Kasai River is the presence of diamonds lying in rich deposit beds, especially at the river’s mouth. More deposits lie along the beds of its major tributary, the Kwango River. In fact, it is common to hear the phrase “the diamond heartland of North Eastern Angola” used in reference to the Kwango River valley. This is because the diamond beds found in this region are the richest in Angola.

All content from Kiddle encyclopedia articles (including the article images and facts) can be freely used under Attribution-ShareAlike license, unless stated otherwise. Cite this article:
Kasai River Facts for Kids. Kiddle Encyclopedia.