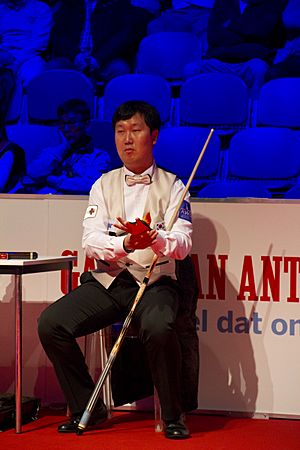 Kim lived in Ilsan, where he died on 22 February 2015, after falling out of his apartment window. He was 34.

All content from Kiddle encyclopedia articles (including the article images and facts) can be freely used under Attribution-ShareAlike license, unless stated otherwise. Cite this article:
Kim Kyung-roul Facts for Kids. Kiddle Encyclopedia.